Apabakura Dan-Makaranta, a 34-year-old bandit leader in Niger State, has revealed that the government paid a ransom before Muhammed Sanni Idris, the state Commissioner for Information, was released.

Idris was abducted in his home in Baban Tunga, Tafa Local Government Area of Niger State, on August 9, 2021. A few hours after his abduction, the terrorists demanded N500 million from his family. It was later reduced to N180 million.

Dan-Makaranta said although the exact amount paid was unknown as three bandit groups were involved, his own group received N67 million from the state government.

“Your government lied to you because it wanted to bury its shame,” he told FIJ.

“Of course, the government paid. They paid more than N67 million. We were three groups involved in the commissioner’s abduction, and when he would be released, N67 million was paid to our group. I can’t say what they paid the leaders of the other groups.

“The people who brought the money told us in a forest around Kagara that it was from the state governor, but they begged us to keep it a secret.”

Dan-Makaranta also dismissed a rumour that his group had killed Abdulhameed Ibrahim, the district head of Yakila, Kagara, Rafi Local Government Area of the state, kidnapped over a year ago.

After spending four days with his abductors, Idris was released on August 12. Abubakar Sani Bello, the governor of the state, had rejected the ransom option during several meetings held on the commissioner’s abduction, following its abolishment during heated negotiations to rescue kidnapped students of Government Science College, Kagara, Niger State, in 2021.

Abdulhameed Ibrahim, the district head of Yakila village, was kidnapped on December 10, 2020, when the Dan-Makaranta bandit faction struck his hometown. 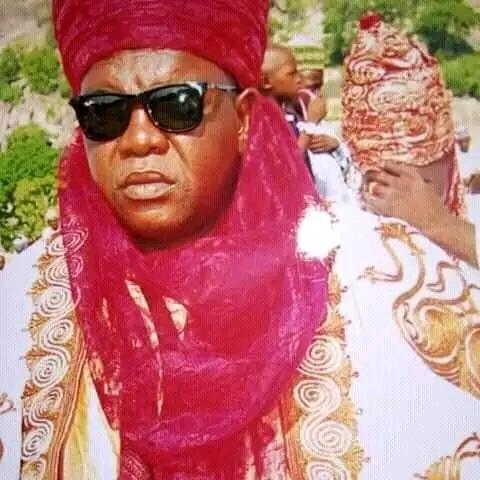 A family source told FIJ the district head had alerted his subjects upon hearing that the terrorists were wreaking havoc in Garin Gabas, a neighbouring village. Unfortunately, he became a victim.

He was kidnapped alongside a health worker identified as Halima, her child, as well as Ilyasu Mukhtar, an All Progressives Congress (APC) youth leader in Garin Gabas.

The victims’ relatives gathered the ransom within a week, and the money was delivered to the bandits in their den by a few delegates.

“The hope of the delegates was to return home with the kidnapped victims, but it wasn’t the case,” he said. “Only the health worker and her child were released. They withheld the district held and the APC Youth leader with the intention of conveying them to Zamfara.”

As luck would work for him, Mukhtar, the APC youth leader, escaped. “The youth leader was lucky to have an escape route the second day when the terrorists were asleep,” he said. “The district head was brutally tortured and incapacitated.”

Since then, no one has heard from him, said the family source. “Only God knows if he is still alive or dead as the bandits no longer reach out to the family.”

‘RANSOM PAID TO THE WRONG GROUP‘

In a conversation with our reporter on Tuesday, Dan-Makaranta said the district head is still alive, contrary to a rumour that he had died. He has not been released because his ransom was paid to a bandit faction not responsible for his abduction, he said.

“In Niger, we have about nine bandit groups operating,” he told FIJ. “The family of the district head paid his ransom to the wrong group, not mine.”

He did not give further details about the other groups in the state.

When FIJ told Dan-Makaranta that the district head’s family revealed that his group received the ransom, and that the delegates who went to pay the ransom saw the abductees with them, he said, “The family instead got our negotiation wrong. Alhaji Ibrahim Ye na nan da lafiyan shi (Alhaji Ibrahim is here hale and healthy).”

While a few of Ibrahim’s subjects hope he is still alive, tens of them, judging from a similar case, believe he has been killed.

On December 20, 2020, bandits raided Madaka community in Rafi LGA, kidnapped Zakari Ya’u Idris, the village head, and killed him a week after his abduction, following the inability of his family to pay a ransom of N800,000.

A source in Kagara Emirate told FIJ three persons have been appointed to fill the position of the district head since his abduction. “Shehu Ibrahim (now holding a chieftaincy title in the emirate) was nominated early last year, before the death of Salihu Tanko, the former Emir of Kagara, on March 2, 2021,” said the source.

Shehu would be replaced by Ibrahim Mohammed when the new Emir Ahmad Garba Gunna was installed around April 2021. Mohammed was among the council members of the kidnapped district head. He would later slump and die during a meeting with stakeholders of Hydro Power Producing Areas Development Commission in Minna, the state capital. He was succeeded by Chindo Yakila a few months after his death.

“It is more than six months now since the family’s last call to ask about him,” Dan-Makaranta told FIJ. “Perhaps they have forgotten he is still with us.”

“I am willing to release him should the family reach out, and I will not collect much money from them. It would not be up to or more than a million.”

When contacted, Shehu Ibrahim Kagara, a traditional title holder in Kagara (Walin Kagara), said he would get in touch with one of the persons negotiating with the district head’s abductors.

On January 4, 2021, Abubakar Sani Bello, the Governor of Niger State, with his entourage, including Ahmed Mohammed Ketso, the Deputy Governor, and Ahmed Ibrahim Matane, the Secretary to the Niger State Government (SSG), visited Yakila village, to sympathise with the villagers over the kidnapping of their district head.

During his visit, the governor told the villagers he would do anything in his power to rescue their leader unhurt.

Matane, the SSG, did not respond to FIJ’s calls. He, however, acknowledged a text message sent to him. “Acknowledged with appreciation,” he wrote with no further comments.

DAN-MAKRANTA, AN EDUCATED BANDIT WITH A DIPLOMA FROM ABU?

The 34-year-old bandit leader told FIJ he graduated from Ahmadu Bello University (ABU) in 2009 with a diploma in mechanical engineering.

Dan-Makaranta, a Fulani man, said he joined the cattle rustling terror group led by one Tsohon Buhari in Zamfara. “I became a bandit around 2010, when my father and my brother were murdered by some vigilantes from Birnin Gwari, with the support of the military,” he recalled.

“Their offence was being Fulani. That was the time farmer-herders crisis was lingering.”

He said he was disappointed the Kaduna State Government broke its promise to investigate the matter. “When justice would not be served, I decided to join the bandit group in Zamfara. I would be away from home for over a year before I could return.”

He embarked on a vengeance mission to Kaduna after forming his team in 2015. “Since that time, we have been in a fierce battle with the vigilantes,” he said.

N75,483 Meant for Passport Renewals Hangs Between NIS and Remita

Be the first to receive special investigative reports and features in your inbox.